Two hunters hired a pilot to fly them to Canada to hunt moose.  They bagged four.
As they started loading the plane for the return trip home, the pilot told them the plane can take only two moose.


The two hunters objected strongly, stating, "Last year we shot four moose, and the pilot let us put them all on board, and he had the same plane as yours."


Reluctantly, the pilot gave in and all four were loaded.


Unfortunately, even at full power, the little plane couldn't handle the load and crashed a few minutes after takeoff.


Climbing out of the wreck, one hunter asked the other, "Any idea where we are?"


He replied, "I think we're pretty close to where we crashed last year." 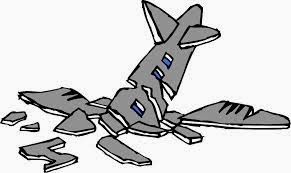 Posted by NotSoQuietlyGoingMad at 9:42 PM