Once there was a family of skunks who lived in a hollow tree. There were two baby skunks. Their names were In and Out.


One day a big storm blew up, and the mother and father skunks were worried about their children. So they quickly looked around to see whether In was in and Out was out or if Out was in and In was out. Out happened to be in right then. The mother skunk said to Out, "Out, go out and bring In in, please. I'm worried about him."


Out said, "Sure thing, Mama." So Out went out, and for the very first time Out and In were out at the same time. Just a minute or two later Out came back in, and In came in behind him. For the first time in a long time In and Out were in at the same time.


The mother skunk was amazed. "Out, how did you find your brother so quickly?" she asked. 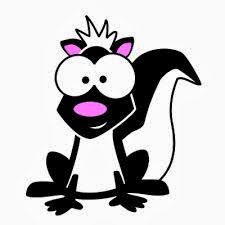 Posted by NotSoQuietlyGoingMad at 11:44 PM